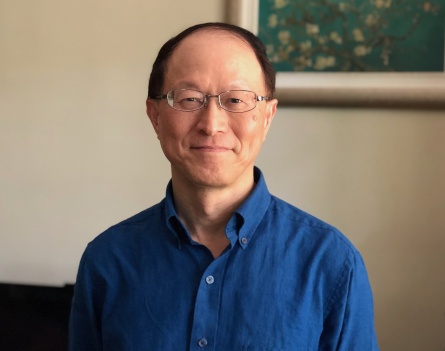 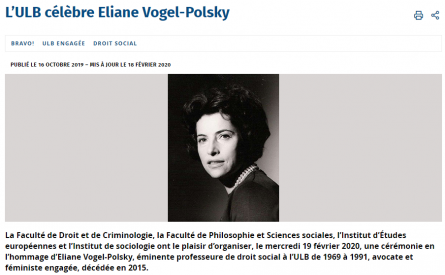 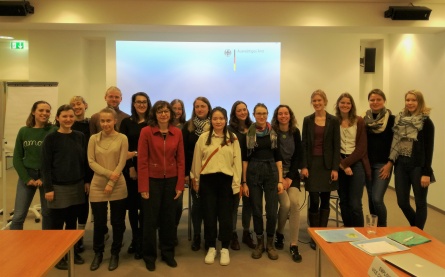 In recent years, students of International Relations have increasingly paid attention to internationalised welfare as a relevant field of study. In contrast to the traditional welfare literature, which conceptualises social policy primarily as a domestic issue, this new branch of scholarship emphasises the influence and impact of global dynamics and international actors on social needs and welfare provision. However, different areas of international engagement, such as global health, social protection, or humanitarian aid, are often treated as separate fields of study.
In this section, we aim to bring these fields together and to analyse the fundamental questions linking them: How do international political structures—from colonialism to global governance—impact on welfare states around the globe? What influence do international and transnational actors have on the design, finance and provision of welfare systems? Which ideas and interests drive international involvement in welfare provision?

From the "age of empires" to the contemporary multilateral world, international authorities and actors have addressed social inequality, political grievances and environmental risks in different ways. This section seeks to highlight changes and continuities of internationalised welfare. It is therefore structured in a historical order that connects the past, present, and future.

With this call we are inviting paper proposals in particular relating to the following panels:

A more detailed description of the intended panels follows below.
Please submit your paper proposal through the EISA-PEC online platform. Submission guidelines are available here: https://eisa-net.org/pec-2020-abstract-submission-guidelines/

We look forward to receiving your proposals and to seeing you in Msida!
Alex & Kressen

This panel targets the imperial sources of internationalised welfare. It aims to bring together scholars who investigate and critically reflect upon the ideas, policy measures and practices of empires in identifying, problematizing and dealing with poverty, social crises and contestations from excluded groups across global peripheries. What were the features of this imperial wave of global social policy? Under which conditions did imperial politicians, bureaucrats and academics engage with teaching, healing and nurturing subject populations in colonies and protectorates? In which ways were these policies and practices themselves transformed in the late imperial years after the Second World War? What were the overall consequences for social policy making after decolonisation had finally materialised?
Organised around this set of questions, contributions ideally bridge the gap between themes of dependent development and the politics of empire, on the one hand, and of welfare statism and social policy, on the other hand. In particular, the goal is to theorise what the "imperial" is in "imperial social policy and welfare". Geographically, we invite papers that cover African, Middle Eastern and Asian contexts of imperial rule. With regard to policy fields, papers may cover anything from education, health, food, labour, pensions, housing and social assistance schemes. Contributions may render the multi-sited and multi-causal nature of imperial policy making visible, for example by investigating the various imperial justifications of policies and regulations, and the contestations they produced both within and beyond the respective imperial institutions.

This panel interrogates postcolonial welfare states in the Global South as processes and products of entanglement between domestic and transnational political configurations.
On the national level, public welfare connects state organizations and social groups. It may increase state legitimacy, but also trigger new demands. It addresses social inequality, but also manifests group privileges. It symbolises nationhood and provides vision, but also exposes gaps between ambition and implementation. Geographically, welfare bureaucracies embody the state in the most remote village, but also reproduce urban-rural divides. Welfare administrative knowledge is the backbone of planning for the public good, but such data can also be used as a tool of control and repression. In sum, welfare provision creates colourful, often contradictory bonds between states and populations.
At the same time, welfare states of the Global South are transnational configurations. The design, finance, and provision of welfare is a transnational process in which international organisations, bilateral donors, transnational NGOs, religious organisations and expert communities are centrally involved. While such international involvement arguably creates a "global social policy" in its infancy, it also renders concepts of sovereignty, citizenship, democracy, accountability, entitlement, and durability highly precarious. This fundamentally puts into question previous assumptions on welfare state formation.
To address these processes of entanglement between transnational and domestic configurations, we invite papers addressing or relating to the following questions: How can we conceptualise welfare in the Global South? How does internationalisation impact on everyday patterns of legitimation and contestation? In what ways did neoliberalism and structural adjustments disrupt postcolonial welfare politics? Where do countervailing ideas emerge against dominant welfare approaches?

A lot is going on in the countryside. In recent years, Sociology, Development Studies and Political Science have paid renewed attention to rural areas for a number of reasons. Deteriorating food security, increasingly frequently felt impacts of climate change, and a growing awareness of sustainability issues have put farmers back at the centre of attention.
Practices like land-grabbing, the depletion of natural resources, food insecurity or huge gaps in public service delivery seem to fuel forms of opposition that have hitherto rather been ignored by “capital IR”. This panel aims at interrogating social questions that specifically address rural areas, rural populations and internationalised politics targeting them. This can include social policies, rural development, food policies or other schemes geared by “the will to improve” (Tanya Li). While locally effective, state and non-state policies are embedded in a global system of development initiatives, governance structures, trade rules, and political representation more widely. We are convinced that IR is well-advised not to ignore the connections between rural change and international structures – historical and contemporary.
This panel invites contributions related to the following or related questions: How are structural transformations in the countryside addressed by (internationalised) welfare? How have state retrenchment and a neoliberal redefinition of social policy affected rural areas? How are social and political questions related in the countryside; do welfare and political representation interact? What potential do food security interventions hold for social inclusion and transformation?

Climate change plays an increasingly important role in discussions of poverty, human security and socio-economic risks. Vulnerable populations are increasingly susceptible to weather shocks, desertification, sea level rise and conflicts which can lead to poverty traps. Sustained eradication of poverty will depend on many socio-economic conditions, including access to health care, education and economic growth. Climate change impacts on poverty exponentially as vulnerable populations are more exposed to its effects and have less capacity to adapt or react to natural disasters. Additionally, climate change is increasingly seen as a threat multiplier further exacerbating impacts on human security. These are human rights and climate justice issues.
This panel seeks to examine how changing environmental conditions are impacting vulnerable populations with an eye to the future, answering questions such as: How can vulnerable communities avoid falling into the poverty trap? How do populations cope when experiencing negative shocks in multiple channels simultaneously? What responsibility does the global climate regime have to address issues of human rights and vulnerable populations? To what extent are climate related risks addressed by internationalised social policy-making?