The new issue of the Caucasus Analytical Digest consists of an article by Ulla Pape on the situation of internal refugees in the South Caucasus region as well as Gulnaz Isabekova's analysis on the activities of the EU initiative "Team Europe" in the region.

Internal Displacement in the South Caucasus: Why Has Vulnerability Increased in the COVID-19 Pandemic?
All three countries of the South Caucasus have been confronted with war and forced displacement over the past three decades. Because of the unresolved nature of the internal conflicts, internally displaced persons (IDPs) cannot return to their homes and remain in a situation of protracted displacement. In her article, Ulla Pape (Freie Universität Berlin) investigates the socio-economic situation of the internally displaced populations in the South Caucasus, with a special focus on their vulnerability to the impact of COVID-19. Poverty, unemployment, poor housing conditions as well as limited access to education and health care have resulted in increased vulnerabilities of IDPs, which have been further aggravated by the measures imposed to contain COVID-19. As a result, despite aid programmes targeting the specific needs of the displaced populations, their social isolation has increased over the course of the pandemic. DOI: 10.3929/ethz-b-000542998

Team Europe in the South Caucasus. Responding to the COVID-19 Pandemic
Growing criticism of developed countries for vaccine nationalism challenges the validity of their support to developing partners. Gulnaz Isabekova (CRC 1342 & Research Center for East European Studies at the University of Bremen) analyses the changes the European Commission introduced to improve its crisis responsiveness and coordinate the assistance provided by the European Union member states and institutions. Established during the COVID-19 pandemic, the "Team Europe" initiative has far-reaching geopolitical objectives to be achieved by increasing the competitiveness and influence of European aid abroad. In the South Caucasus, Team Europe has provided significant social and economic support to three countries, Isabekova writes, though not enough to expand the role of the EU in the region vis-à-vis Russia, Turkey, and China. Due to its clear shortcomings, including a poor balance between the EU and partner countries’ interests and coordination problems, Team Europe has thus far contributed in only a limited fashion to strengthening the position of the EU and its agenda in the South Caucasus. DOI: 10.3929/ethz-b-000542998 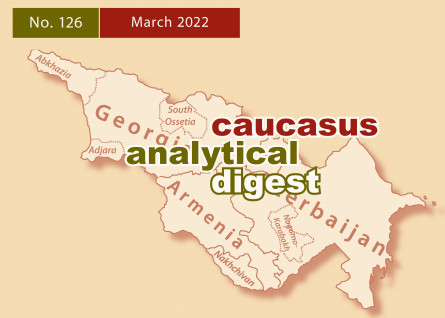