Emergence, Expansion, and Transformation of the Welfare State in the Cono Sur in Exchange with (Southern) Europe (1850–1990) 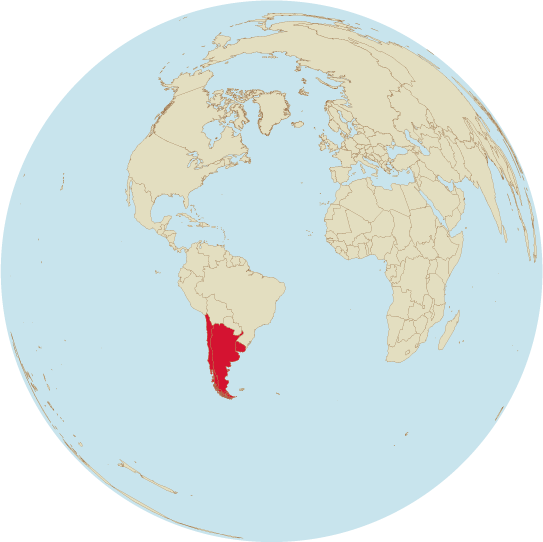 Social policy as a responsibility of the state first emerged in Latin America at the southern tip of the continent: in Argentina, Chile and Uruguay. These three countries of the Cono Sur (Southern Cone) have been connected for many years by a shared colonial history, religious bonds and the Spanish language. Furthermore, during the 19th century they experienced comparable historical events.

In this project, the emergence and diffusion of social policy is investigated historically within two spheres of state intervention: health care and workers’ protection legislation. One reason why it was possible for social policy to emerge and diffuse in these three countries is the shared colonial tradition and deep-rooted historical connections. Furthermore, we argue that the three countries being studied both observed and influenced each other in regard to the emergence and shaping of social policy. They were the first to assign the state a role in social policy, and in so doing defined the fields of activity for social policy on the continent. In addition, there was a particularly strong exchange of knowledge and significant concepts with Southern European countries.

The policy fields studied in this project – health care and workers’ protection – were chosen because they became differentiated early on and they constitute two mutually related, classically early spheres of state intervention. Furthermore, both spheres mark beginnings and upheavals in the development of social policy in the Cono Sur. We analyse, first, in the field of health how state measures and facilities took over from Catholic and philanthropic health care. Second, we investigate how workers’ protection slowly developed from state health care provision and concern about industrial workers’ health. Third, we analyse which phases of transition were involved. To this end we investigate whether church-run and philanthropic care coexisted with state health care in all three countries. Finally, we also investigate how phases of coexistence of non-state and state health care were organised. Fourth, since we know that many measures to protect workers originated in health care, we investigate whether health-related observations always resulted in measures for workers’ protection. Finally, we would like to analyse which measures and modes of interdependence existed between three significant groups of actors that we regard important in the emergence and diffusion of social policy in the Cono Sur. We focus on health care personnel and health care experts in the individual countries; the military, that initiated developments relevant to social policy and introduced social policy instruments in the three countries; and the planning technocrats of the ILO who, at the start of the 20th century, discussed their global approach in the Cono Sur and simultaneously represented these countries. The latter group of actors underlines the importance of international organisations for the dynamics of social policy investigated here.

Finally, the policy fields of health care and workers’ protection studied in this project are complemented with research on the development and formation of housing policies in the Cono Sur. Using the example of the housing policy for police officers in Chile following the creation of the "Carabineros de Chile", i.e. units of uniformed police in 1927, and from a micro-historical perspective, this work explores questions of social policy focused on particular professional groups that are especially close to the state. Two issues will be examined; the provision of housing for police officers and how the development of this social housing policy is connected to broader national social policy measures in related fields. It is important to note that early private initiatives to provide affordable and hygienic housing to urban workers had existed in Chile since 1885, but at the beginning of the 20th century the Chilean state made social housing part of its social policy efforts.

In addition, we are especially interested in the exchange between analogous influencing structures in (Southern) Europe and, to a lesser degree, the USA. We also ask which conceptualisations of modernity and modernisation are efficacious here. Methodologically, the project draws on transnational history, global history and network research.

In the first funding period of the CRC, the development of social policy measures in Chile, Argentina and Uruguay between 1850 and 1939 will be examined. The second phase of the SFB will focus on developments during the period from the Second World War to the end of the 1990s. One focus will then be on military dictatorships and their social policy concepts.