Ecuador’s economy is highly dependent on oil exports. Thus, the country was hit twice, by the pandemic itself and the global recession leading to the oil price to implode. This had a devastating impact on government revenues, limiting the social policy response to the pandemic, both in health and welfare. It is emblematic that the government's first social policy initiatives relied on donations, as Maria Gabriela Palacio (Leiden University) writes in her report - with this money, small dollar amounts were distributed to particularly vulnerable groups.

In her report, Palacio first describes a large legislative package for health insurance, the labour market, education and housing. These are the major points:

- Those with health insurance retained their protection for another 60 days, even if they could no longer pay contributions.
- Dependent employees could receive unemployment benefits from March to June if they had previously paid a total of 24 social security contributions.
- Evictions from rented apartments were temporarily suspended.
- The government granted US$ 500 million to SMEs to reach flexible work arrangements with employees.

Finally, Palacio focuses on the government's efforts to support informal workers, who have been particularly affected by the crisis. In spring 2020, Ecuador introduced an additional social cash transfer programme: the Family Protection Grant. Recipients received US$ 120 in two instalments. "However, the implementation was difficult as informal workers could not be easily identified in the Social Registry for targeting social assistance benefits," Palacio writes. The Social Registry apparently has major shortcomings, so that in the second phase of the programme it was not possible to identify the 500,000 households intended as recipients. This example illustrates how difficult it can be for the administration in countries of the Global South to reach the poorest population groups that have been hit particularly hard by the pandemic.

See the other parts of the series: CRC 1342 Covid-19 Social Policy Response Series 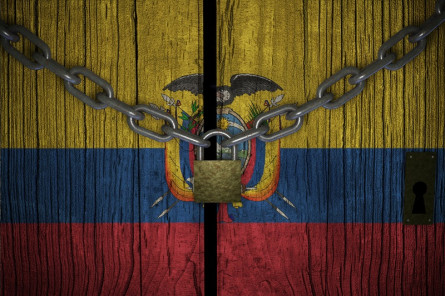