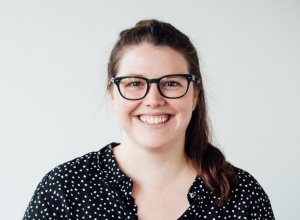 Greta-Marleen Strorath
Greta-Marleen Storath does research on long-term care and migration. She recently travelled to Sweden to conduct interviews with experts.

Greta-Marleen, you are writing your PhD thesis on long-term care and migration in Sweden which is why you were recently on a research trip. What exactly did you do?

In March I was in Sweden for two weeks for a first explorative trip, where I met other scientists to conduct interviews and to establish networks. I went to Lund, Uppsala and Stockholm, where I met ten people in total.

What was your objective of this trip and interviews?

In the interviews with the experts, I wanted to compare their perspective with the image of Sweden drawn from the outside. The reason for this is that different images of Sweden are being presented in science. In Germany an almost envious look prevails: Sweden has a very well-developed care system, with a large public sector and a broad concept of care. For a long time there was the assumption that migration hardly played any role in Sweden. Especially in recent years, however, there have been many Swedish studies that go into greater depth and show that a great deal has changed in Sweden, especially in the area of nursing care for the elderly. In the last ten to twenty years there has been a large influx of migrants in care. It is precisely these changes that I find particularly exciting. It was very interesting to hear the views of experts who study this on a daily basis.

How did you know which researchers to approach?

Once through the literature I had read, I also met a researcher from Sweden at the NordWel Summer School in Helsinki: I visited her and she told me about other people who could help me.

How did you prepare for the trip?

I had prepared a guideline for the interviews that I always adapted to the people and their research. The questions were relatively open in order to be able to react to the course of the interview and to modify the questions accordingly. For example, in the first interview we talked a lot about gender equality, which is a central feature of the Swedish welfare state and of great importance for all social policy areas. In the discussion it became clear, however, that gender issues are not so strongly discussed in the area of long-term care, in contrast to childcare and other fields. I incorporated this interesting aspect into the later interviews.

Does this mean that there are many men working in long-term care in Sweden or that gender equality is not such a big issue in that sector?

In Sweden, too, most carers are women. In the field of child care, there is much more discussion about the need to distribute care tasks equally between men and women in families. In long-term care this is not negotiated nearly as strongly.

Is this also due to the fact that in Sweden a lot of long-term care is provided by the state and less by the family?

Yes, the state plays a central role in long-term care. The majority of care for the elderly is provided by the municipalities. It is only natural for people of old age to have someone coming into their homes and taking care of them. Nevertheless, the discussions also revealed that many aspects of care are provided by the families. This aspect is often neglected because this share is much lower than in other European countries. Nevertheless, the family is a central and important pillar.

Were there any particular lucky coincidences during your research?

I met a very exciting scientist in Stockholm who is doing research in a very similar field to mine. I hadn't even planned for him before, but only came across him through a recommendation. We then met quite spontaneously, and it became a very exciting conversation.

Did you transcribe the interviews immediately? Or did you do something different to clear your head?

I always had a small notebook with me in which I took notes, even during the interviews, and then sat down somewhere with it and wrote a post script: What the most important aspects of the interview were, what worked well and what didn't. The detailed transcription will follow now.

Do you already have - before having evaluated the interviews - an idea in which direction your work will develop?