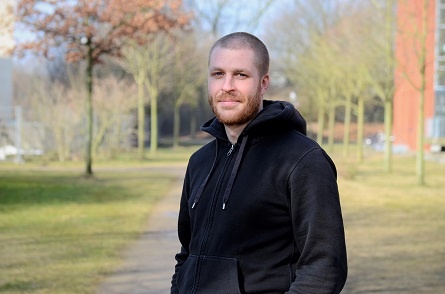 Dr. Nils Düpont
Nils Düpont talks about his fascination with political science, preferences of autocrats and his role in project A01.

What would you have become if you hadn't become a political scientist?

I don't know if I wanted to be anything else. I developed an interest in politics at high school - inspired by two good teachers - and as a consequence I studied political science. It soon became clear that it wanted to continue following this path after the Master's degree. When I look back from today's perspective, I sometimes think: Maybe I could have done something completely different; something manual, perhaps becoming an instrument maker. It's nice that my job is intellectually challenging. But every now and then, all my day's work consists of programming five lines. This was a huge step forward in my work, but if I told that other people ... In this sense, a craft in which you produce something tangible would have been something for me. But the question never occurred.

Studying political science after school is one thing; but what made this subject so fascinating to you that you made it your profession?

Political science requires a very special way of thinking, which suits me well. In addition, the environment at university was very favourable. After I wrote a seminar paper I was asked if I wanted to start working for the professor. This fueled my interest in data and empirical-analytical political science. I started redading a lot about this field, and in the course of time your way of thinking gets shaped by what you read. All these aspects fed my career aspirations. Today I would say: I am interested in politics, but my way of thinking is that of a political science.

What strikes me about political and social sciences in general: Despite the immense differences between people, there are similarities and behavioural patterns. This makes people much more similar than they want to believe. Discovering these patterns always fascinated me: explaining human behaviour through via a handful of instructions or variables. Obviously human behaviour is not determined by this, but nevertheless it is shaped to some extent. You can explain a lot.

What are your responsibilities within the CRC?

I am currently in the process of defining my exact role myself to some extent. However, my work addresses the complex issues of national actors in social policy. Social policy obviously is embedded in international interdependencies, but in the end it is still national actors who make decisions. In parliamentary systems these actors are governments formed by parties, in autocracies or dictatorships it is simply autocrats or dictators. The question is: How strongly are the actions of these actors influenced by global contexts? I see my role in the CRC in measuring the world' s ideologies. Up to now, the ususal research focus has been on highly developed industrialised countries. Determining the political preferences of governments via political parties is relatively straightforward. I would like to develop procedures to determine the political preferences of actors in other political regimes, such as autocracies and dictatorships. I hope to get input from the computer scientists in the project: so that I can evaluate texts via machine learning according to certain categories that we already know from the industrialised countries. I would then like to check whether we can transfer the categories to autocracies and dictatorships, or whether we have to think in completely new categories.

Could you give an example?

The political actors of the western world can be located on a large left-right axis - ignoring the debate about how substantial this axis still is. But does this also work for other regions of the world? Perhaps this works to some extent for South America, but in Asia the question is whether we have to completely rethink ideological conflict issues. My role will be to work this out and in turn to provide input to the other projects within the A Department. Our colleagues are seeking to explain social policy decisions, and national actors play a decisive role in this.

Dr. Nils Düpont at a glance:
Dr. Nils Düpont is a research fellow at the CRC 1342 "Global Dynamics of Social Policy". In project A01, coordinated by Andreas Breiter, Ivo Mossig and Carina Schmitt, Nils Düpont is involved in the development of the Global Welfare State Information System (WeSIS).

Nils Düpont studied political science, media studies and Scandinavian studies at the University of Greifswald, graduating with a Master of Arts degree. He then received his doctorate in political science for his thesis on "(Ir)Rational Choices? The Impact of Learning on Party Policy Moves".

Before joining the CRC 1342, Nils Düpont worked at the Institute of Political Science at the University of Bremen to establish a Master's Centre.