"Poverty has been condoned" 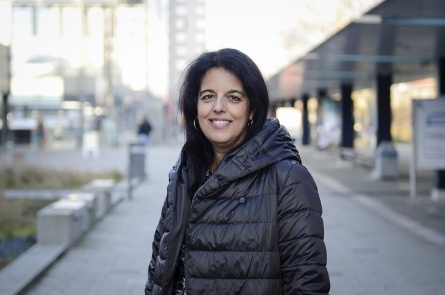 Prof. Dr. Delia Gonzáles de Reufels
Interview with Delia González de Reufels on the protests against the Chilean government and the first results of her research visits to Santiago de Chile.

For a very long time Chile was regarded as a very stable and economically successful country. But suddenly there are mass protests and violence, especially by the security forces. How did this happen?

The current trigger was an increase in public transport prices. This may seem incomprehensible, but Chile already has the most expensive transport system in South America. In addition, in the metropolitan region of Santiago with its eight million inhabitants, the distances are very long. Not everyone can live where they work. The transport system is therefore used by many on a daily basis and a considerable part of their income is spent on this alone. After all, who uses public transport? Chileans with top incomes, of which there are many, are not dependent on it. There are a lot of people with small and middle incomes in the Santiago area and the price increase hits them very hard. But the dissatisfaction is also directed against the lack of socio-political interest of the current government, which in its second term of office has no new visions for a more socially just Chile. This has disappointed many who had hoped for initiatives in core areas such as pensions, education, health care and health insurance.

This is an interesting finding. At the macro level, Chile is a very rich and prosperous country, it is an OECD member and has been spared major economic crises. But in the end you have to ask yourself who is actually benefiting from these developments. A very large part of the population generates only a minimum income and has to bear rising costs for local transport, rent and heating. Water supply is also expensive. Chile also has to bear many economic consequences of the military junta's policy, which came to power in 1973 through a bloody coup. For example, energy companies can raise the price of heating oil in winter. These are the results of the economic reforms that took place during the dictatorship and that were not revoked afterwards. This has led to great inequalities. Large sections of the population have the impression that they struggle but do not participate in the country's prosperity. This rage has now unloaded and is unlikely to subside as quickly.

What does the Chilean social system look like? Can't it absorb poverty?

As one of the pioneers of social policy, Chile developed and implemented many measures very early on. But it also downscaled and withdrew programmes and redefined who benefited from these measures. Even though there have been many new socio-political interventions, the military dictatorship continues to have an effect here as well. Because politics has never really devoted itself to poverty reduction, Chile - like many other Latin American countries - has many poor people. Poverty was condoned and therefore persisted.

How do you explain that? Since the military dictatorship was not dependent on the masses to be elected? Because you could ignore them?

Yes, and because, on the one hand, the military dictatorship has made clientele politics and, on the other, it has opened itself to neo-liberalism and reformed the economy accordingly. The argument that a dictatorship can carry out efficient reforms because it does not have to assure itself of the voters' approval and coordinate processes in parliament etc. also played a role here. As a result, people have been left behind. Although the country stands out on the macroeconomic level by South American standards and is considered very stable, it has been fermenting below the surface for a long time. Despite everything, the country is still very attractive, with many immigrants coming from neighbouring Spanish-speaking countries. Chile has also recorded an influx from Haiti in recent years, which is predominantly male and very noticeable in Santiago. The Afro-Caribbean population has not been found in Chile until recently. The country is also now confronted with the challenge of offering Spanish as a foreign language, which up to now has not had to be taken into account in immigration. The country is not prepared for this, and many Chileans are critical of this new immigration.

With regard to your research, you were now on site yourself and did research in archives. What did you find there?

I was in the National Library in Santiago, which has excellent collections from the 19th century, which is the time I also consider in my research. I was also in the National Archives, which houses a variety of relevant sources. In the archives, I tried above all to get an idea of the socio-political ideas of key actors, to read their publications, and to get acquainted with those with whom they exchanged ideas. I was able to close important gaps and also work with serial sources that are important for my research interests. For example, journals, but also individual works that cannot be found in the National Library in Spain either.

What kind of journals are these?

For example, I have worked a lot with a specialist journal for Chilean doctors. The doctors got together very early and founded a journal in Santiago based on the European model. Chile is still a strongly centralised country, and at that time there was only one medical training centre: the Escuela de Medicina at the University of Santiago. All medical graduates therefore knew each other and wanted their own journal to communicate what was going on in Chile and other countries, what was published in European journals and above all to discuss what Chilean medicine was doing and how the country's medical education should be changed. So scientific as well as disciplinary interest was brought into this medium. The exciting thing for me is that this journal became such an important forum for the exchange of doctors. The role of medicine in society was also discussed here. This journal still exists today, but with a clear focus on scientific topics. It has been published without interruption, even during the time of the military dictatorship, and has become a place where doctors have negotiated what needs to be improved in Chile in order for people to be healthier. These considerations have also been incorporated into the country's social policy instruments.

Can you predict the first results of your research project on Chile?

Yes, in the field of social policy we are dealing with actors who we also encounter in Europe, but who, in the absence of other actors in Chile, are becoming more important and are taking different paths.

You mean, the doctors?

Yes, they didn't make any progress with their demands and suggestions - so they got themselves elected to the congress and took office as members of parliament with the claim to make politics in their sense. In the congress, they themselves introduced proposals for laws and voted on them. This is something we see throughout the 20th century. Thus the later Chilean President Salvador Allende was a doctor, worked as a health minister and wrote 1939 with the volume "La Realidad Médico-Social Chilena" one of the important books about Chile's social problems. With this work Allende has politically distinguished himself. This is no coincidence, but the result of the great proximity of medicine to politics, which was established in Chile in the 19th century.