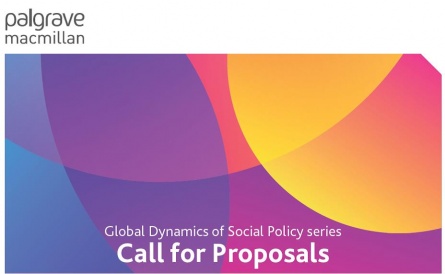 The Collaborative Research Centre 1342 and Palgrave McMillan are publishing a new book series. The first volumes will be released in early 2020.

The CRC 1342 and Palgrave McMillan launched this series in order to publish research findings produced within CRC 1342, as well as from external colleagues.

This series welcomes studies on the waves, ruptures and transformative periods of welfare state expansion and retrenchment globally, that is, across nation states and the world as well as across history since the inception of the modern Western welfare state in the nineteenth century. It takes a comprehensive and globalized perspective on social policy, and the approach will help to locate and explain episodes of retrenchment, austerity, and tendencies toward de-welfarization in particular countries, policy areas and/or social risk-groups by reference to prior, simultaneous or anticipated episodes of expansion or contraction in other countries, areas, and risks.

One of the aims of this series is to address the different constellations that emerge between political and economic actors including international and intergovernmental organizations, political actors and bodies, and business enterprises. A better understanding of these dynamics improves the reader’s grasp of social policy making, social policy outputs, and ultimately the outcomes of social policy.

The editors of the series are the CRC 1342 members Lorraine Frisina Doetter, Delia González de Reufels and Kerstin Martens, as well as Marianne Ulriksen (University of Southern Denmark/University of Johannesburg).