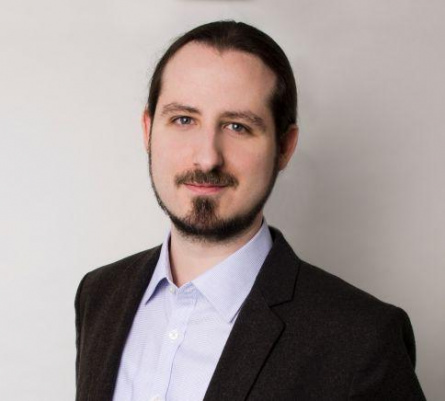 Dr. John Berten
John is a postdoc at Bielefeld University and investigates, what influence indicators and projections of the future have on the work of international organisers. In project B12 he is examining the ILO as an actor in the global Covid-19 crisis management.

First of all, I have to ask you how to pronounce your first name?

Since I work a lot with international colleagues, I now pronounce it English (i.e. dʒɒn), even though my family has always pronounced my first name Swedish (jᴐn) - since my mother is from Sweden.

Excellent, that's sorted then. You are a postdoc at the University of Bielefeld and joined the CRC 1342 this year. Could you please briefly describe your academic career?

I studied in Bielefeld, Bachelor in Social Sciences and Master in Sociology. During this period, I was a student assistant in a project led by Lutz Leisering, which dealt with the expansion of basic social protection systems in the Global South. This work sparked my interest in social policy and social policy research, and I also wrote my Master's thesis in the context of this project. Afterwards, I went to Bremen and wrote my PhD thesis as a fellow at the BIGSSS. My first supervisor was Martin Nonhoff, and my second supervisor was Lutz Leisering. I combined the final period of my PhD programme with a position in Bielefeld and then went to Tübingen as a postdoc to work with Martin Seeleib-Kaiser in his working group on Comparative Public Policy. And now I'm back in Bielefeld, working with Alexandra Kaasch.

I would be interested to know more about your PhD dissertation: What was your research about?

On the influence of indicators and statistics in global social policy. I was already very interested in this topic during my work as a student assistant in the Bielefeld project: Back then, it became clear what influence the fact that an individual poverty measure was available had on the expansion of basic social protection: "One Dollar a Day". In my Master's thesis, I showed that this measure was one of the epistemic or knowledge-related conditions that made basic social protection policies so popular. And I elaborated on that in my doctoral thesis and asked what other knowledge preconditions global social policies are based on: I wrote a historical thesis on the role of international organisations in this context, with the International Labour Organisation (ILO) and the World Bank as case studies. So I looked at how these two IOs have constituted global social policy as an object of knowledge using numbers, indicators and statistics.

Can you give an example?

One aspect was the question of how different models of social security are made internationally comparable. That is not self-evident. There are different models of social security all over the world, and the ILO made these models comparable with each other in its first statistical survey. In this way, the ILO created new categories and put things, which were previously considered incomparable, into new relationships. In my dissertation I looked at how these comparisons have changed over time.

How do you feel about the fact that we try to measure the whole world with the same metrics? That has its advantages and disadvantages ...

Yes, it has advantages and disadvantages and that is also a scientific interest, also here at the CRC. I think it is important to approach such investigations or comparisons and their results with a reflective mind and to be aware of the effects that such seemingly innocent epistemic instruments have. Scientific surveys and comparisons are one thing, but it has another implication when we look at the work of international organisations: Some IOs not only produce comparisons, but they create direct political effects through, for example, performance benchmarks.

In the CRC project B12, you are examining the crisis management of international organisations during the Corona pandemic. What is your role in the project?

We are looking at what ideas and proposals IOs developed in the context of this crisis management. This relates both to Covid-19 containment measures directly and to policy responses to the socio-economic impacts the pandemic had. I am focusing on the ILO, which I have worked on in the past. My special interest, which goes beyond the actual project context, is the importance of different modes of envisioning the future. I look at crisis narratives, for example.

You've been working on the topic of crises for quite some time: in your most recent paper, you analyse how international organisations react to technological change and global climate change.

Exactly. The paper emerged from a project on "anticipatory global governance" that I started with Matthias Kranke from the University of Kassel - it's about the question of how international organisations map futures and what effect that has on their policy-making. A series of workshops has so far resulted in a Special Issue in Global Society, in which this paper has also been published. Further publications are already in preparation.

I have noticed two differences in the way the future affects the IOs’ policy-making, which can be summarised by the terms "preparation" and "precaution". The crucial point here is: how certain are international organisations that a particular projection of the future will actually materialise, and this is related to the way in which the future is made "knowable". In the case of climate change, there are underlying, mostly quantitative, simulations and projections through which international organisations assume with a high degree of certainty that the world will change in such and such a way. This certainty is reflected in the way IOs can discursively underpin their social policy proposals: According to this, "preparation" is necessary - we have to prepare ourselves. Digitalisation and automation discourses are based more on narrative expert judgements, so the forecasts of the future are more controversial - but we should take action nonetheless: the keyword is "precaution". Of course, this has implications for the urgency with which organisations can advertise their proposals, for example.

Let's talk briefly about your personal future: What are your plans for the time after the 2nd funding phase of the SFB?

I want to stay in science, so I'm working on my habilitation here in Bielefeld.

I wish you every success for that. Thank you very much for the interview!