Fruitful cooperation between projects B05 and B06 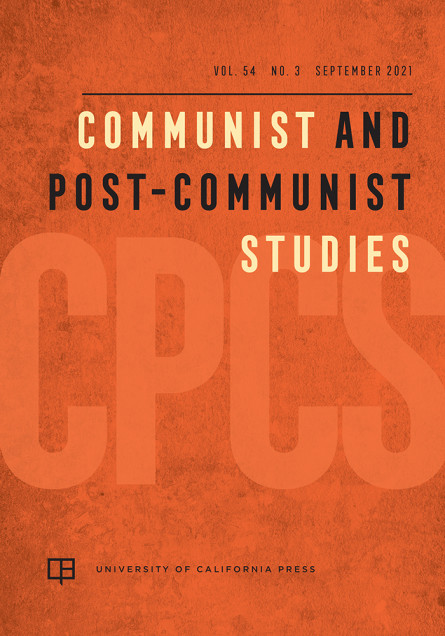 Andreas Heinrich and four other authors examined the role of recipient countries in the transnational transfer of knowledge on health policy. Their findings are published in the current issue of Communist and Post-Communist Studies.

The projects B05 (China) and B06 (post-Soviet region) are each investigating the reform of state social policy and which role international influences have played in this. As there are many similarities in their research, the two projects often cooperate with each other. The most recent evidence of their fruitful cooperation is the paper "The Agency of Recipient Countries in Transnational Policy-Related Knowledge Transfer: From Conditionality to Elaborated Autonomous Policy Learning", which Andreas Heinrich, Gulnaz Isabekova, Heiko Pleines (all project B06) and Armin Müller and Tobias ten Brink (both project B05) recently published in Communist and Post-Communist Studies.

The literature on transnational knowledge transfer mostly focuses on cases where the source of knowledge and the initiative for its transfer lie in the OECD. Heinrich, Isabekova, Müller, Pleines and ten Brink, on the other hand, consider in their paper cases where non-OECD countries have proactively sought policy advice abroad and evaluated the relevant ideas and concepts on the basis of their own requirements.

Based on the role of conditionality and the attitude of the recipient country towards cooperation with foreign sources of advice, the team of authors distinguishes five demand-side strategies in transnational policy-related knowledge transfer, each of which is analysed using the example of health care reform. The results highlight systematic differences in attitudes towards and use of foreign advice.

Below is a brief overview of the case studies that are analysed and discussed in more detail in the paper.

Ukraine is an example of the standard case of loan-based conditionality. Faced with imminent insolvency, the government was receptive to advice from international organisations. As Ukrainian policy advisors were also broadly in favour of IMF-supported reforms, this combination of external and domestic pressure encouraged the pursuit of reforms in spite of interest group opposition.

The example of Kyrgyzstan corresponds to the ideal type of a coordination-based strategy. The recipient country has more leeway because the larger number of foreign partners makes roundtables and consensus-building the norm, as well as leadership from the recipient country and related stakeholders. This gives the government the opportunity to learn from different sources. At the same time, a high turnover of politicians and administrative staff limits both the capacity for policy analysis and the building of institutional memory.

Since Putin became president, Russia has striven to become independent of international aid and influence. This also applies to social policy, where international advice has been pushed back in favour of national expertise. However, working relations with international organisations continue and domestic experts remain open to policy advice from abroad.

Kazakhstan's main goal is to establish the country as an equal and valued player on the international stage. This leads to official openness towards international organisations, and attempts to improve domestic expertise. At the same time, the authoritarian regime limits diversity in the national policy advisory system and restricts international advice accordingly.

China has pursued a learning strategy in which bureaucratic actors tested foreign ideas that they considered compatible with their own interests. In their search for appropriate expertise, actors benefited from their long-term collaboration with international experts. China's strategy is "elaborate" in the sense that theoretical advice is sought to be tested in local experiments in order to make informed policy decisions; the strategy is "autonomous" in the sense that domestic politics is clearly prioritised over international commitments.