Special issue on knowledge transfer in the post-soviet region 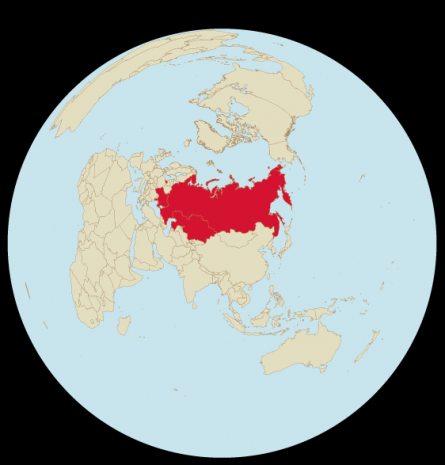 Project B06 has published a special issue in "Global Social Policy": In 7 articles, B06 members and guest authors analyse the role of international actors in the introduction of social policy concepts in post-Soviet states.

The authors of this special issue examine how the transfer of social policy concepts - and subsequently learning - takes place at the national and local level in the post-Soviet region. They focus on the question of which international and national actors are involved in this process. They analyse the interaction between international organisations (IOs) and national governments, between IOs and national experts, and between IOs and local non-governmental organisations (NGOs).

The four members of the CRC project B06, Andreas Heinrich, Heiko Pleines, Gulnaz Isabekova and Martin Brand, have contributed to this issue.

In his article "The advice they give: Knowledge transfer of international organisations in countries of the former Soviet Union", Andreas Heinrich reviews the assumptions in the literature about the neoliberal agenda ('Washington Consensus') promoted by international organisations through knowledge transfer and about the power they supposedly have through loan conditionality to impose their will on countries in financial need. Heinrich uses the countries of Kazakhstan, Kyrgyzstan and Russia as examples to examine the advice that IOs have given to reform health care systems between 1991 and 2018.

Heiko Pleines analysed the content of parliamentary debates in Russia and Ukraine for his contribution "The framing of IMF and World Bank in political reform debates: The role of political orientation and policy fields in the cases of Russia and Ukraine". In both countries, both left-wing and right-wing parties rejected cooperation with the International Monetary Fund (IMF). Nevertheless, Ukraine is one of the largest recipients of IMF loans. Due to the lack of support from parliament, the Ukrainian government retreated to the argument that no other donors were available for the reforms.

Gulnaz Isabekova looks at knowledge transfer at the local level in her contribution. Her article "Mutual learning on the local level: The Swiss Red Cross and the Village Health Committees in the Kyrgyz Republic" focuses on the interaction between IOs and local NGOs, and in particular on mutual learning between donors and recipients of development aid. For this, Isabekova examines the international project "Community Action for Health", which aims to empower rural communities in Kyrgyzstan and promote their participation in health care. Her article analyses the factors that enable mutual learning in practice. According to the article, the decentralisation of the organisation, project management and its handling of failure, continuous contact between donors and recipients of development assistance and the emphasis on the contribution of local expertise are relevant.

In his contribution "The OECD poverty rate: Lessons from the Russian case", Martin Brand emphasises the need to make normative assumptions about poverty explicit when using poverty data. In particular, for cross-national comparisons of poverty rates, Brand argues for a multidimensional poverty indicator so that several facets of this phenomenon and the specificities of the socio-economic fabric of the countries under consideration are taken into account.

The special issue in "Global Social Policy" emerged from an international workshop on "International knowledge transfer in social policy: The case of the post-Soviet region", which was organised by project B06 at the University of Bremen on 9 November 2019.