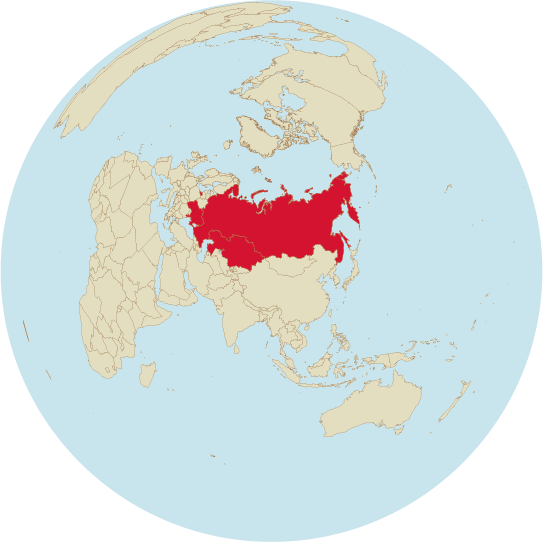 Project B06 focuses on the dynamics of state social policy in the post-Soviet region which it will systematise by analysing the reform discussions and the resulting legislation. It scrutinises how Western reform model are evaluated by political decision-makers and the public in the post-Soviet region and to what extent these models have influenced the actual socio-economic reform process.

After the disintegration of the Soviet Union in 1991 all of the newly-founded states had to simultaneously reconceptualise their entire welfare system from the same starting point of the Soviet model. This provides an ideal opportunity for a comparative study of the influence of concepts of social policy originating in the OECD world on processes of reforming social policy in the nation states of a non-OECD region.

The focus will be on vertical interdependencies, because during the deep economic crisis the neo-liberal reform model championed by international organizations such as the IMF and the World Bank (often referred to as the “Washington Consensus”) offered an obvious alternative that is perceived in the literature as a defining element of state social policy in this region of the world. The main aim was to significantly reduce the generosity and degree of inclusion of social policy measures in order to consolidate public finances.

A decade after the start of the reforms, the picture changed. On the one hand, several states in the post-Soviet region emancipated themselves from international lenders and on the other hand, the international financial organisations changed their guiding principles in the 2000s to a new “post-Washington Consensus”. The academic literature on this region has hardly touched upon these developments.

Therefore, taking the example of the policy-making reform debates in the policy fields of basic income security (alleviating poverty) and healthcare in selected countries in the post-Soviet region for the initial reform phase of the 1990s and the following second reform phase at least a decade later, the project asks how the underlying social policy concepts are to be evaluated and, in particular, which role political decision-makers and the public ascribed to Western reform models. With Kazakhstan, Russia, and Ukraine we have selected countries that in the 1990s showed a high vertical interdependency (i.e., a high dependency from international organisations as providers of ideas and finance), however, in a second reform phase developed large differences: while Ukraine remained highly dependent, Kazakhstan started to emancipate itself from international organisations and Russia expressed explicit rejection towards them.

Firstly, studying the various research areas in the Ukraine will facilitate a systematic comparison of the Washington Consensus with the post-Washington Consensus. Secondly, national debates on social policy during a phase of high vertical interdependence (i.e. a high level of dependency on international organisations to provide ideas and, above all, money) can be compared with those during an ensuing phase of emancipation (Kazakhstan) from or express refusal (Russia) of the influence of international organisations. A working hypothesis in the project is that although the international organisations became less important this did not necessarily lead to changed conceptual priorities since influential national actors also shared corresponding policy ideas.

During our data collection, we realised that development aid provides an alternative avenue of influence of international organisation on social policy. Thus, we added Kyrgyzstan – often portraited as a model case for successful coordinated development aid in the field of health policy – as a country under study. For other aspects of the project, Armenia and Georgia have be added for cross-country comparisons as well.

The project is designed to focus on areas of research that involve tangible reform debates. It is based on an analytic instrumental understanding of discourse in which discourses are a medium and indicator for exercising power in political decision-making. Consequently, the focus of the analysis lies on the main actors and their discourse strategies during the (still ongoing) redesign of the post-Soviet welfare systems. Policy outcomes will also be included in the analysis. The impact path to be investigated runs from the reform concepts promoted by international organisations, over the strategies of relevant national actors (perception) and the national reform debates (interaction) to political decisions on tangible social policy reform projects (legislation).