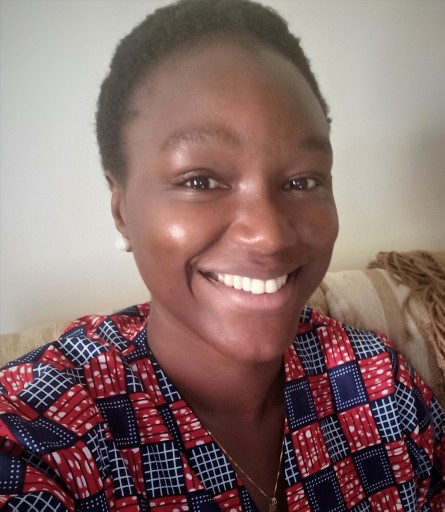 Hello Nadège, please tell me about your trip to Senegal.

I left Bremen on the 11th of March. I was supposed to stay in Senegal for a bit more than two weeks. The plan was to have some knowledge exchange with experts at the Assane Seck University of Ziguinchor in the south of Senegal and to conduct interviews with Senegalese security nets households beneficiaries. But this plan completely collapsed because of the Corona virus spreading.

Were you prepared for this scenario?

When I started from Bremen, Africa wasn't as affected as Europe. When I arrived everything was normal and then the situation changed quickly. On my third day, first COVID-19 cases were confirmed, and from there everything started to get crazy. Apparently a couple of French retired people being infected came back to Senegal where they actually now live. Much worse was the case of a Senegalese who returned from Italy to Touba. Touba is a religious city and this means that there are more interactions between people than in other cities due to collective sittings, meetings, prayers and so forth. From what people and the press said, he didn't mentioned that he came from Italy and he didn’t know about the virus which he spread to up to 70 people in a very short time according to press release. These soaring cases changed the situation very quickly. Before I realised, governments worldwide started to take drastic measures to limit the expansion of the virus. Airlines were cancelling flights, the Senegalese President Macky Sall took early on measures and shut down all schools and universities, forbid meetings, Friday prayer at mosques to avoid people gathering and so forth―many measures that led me to stay home and hoping to go back to Europe.

Does this mean that you could not talk to anyone at the universities?

I had planned to go to the Assane Seck university of Ziguinchor for one week, I was supposed to be a visiting researcher there. With everything going on, I contacted the head of the Sociology department with whom I arranged my visit to know what to do. He told me the university was about to be closed. Although it seems complicated, I decided to at least go to meet with one of the colleagues to discuss about our projects. In parallel to this university exchange I had planned to do some final data collection interviewing about ten families who benefit from safety net cash transfers. At some point, we agreed to cancel the interviews, because the families may be afraid to get in close contact with me who was coming from Europe where the corona virus was spread much wider. My stay in the south of Senegal, which was initially planned to last one week, was to be cut down to three days, but even that proved too optimistic with increasing displacement restrictions. On the very same day I arrived, I realised that I had to return to Dakar to catch a flight back home as soon as possible because around the world governments were closing the borders.

Getting a plane ticket must have been a lottery …

There were no flights at all, you couldn't book anything on the internet. Egencia was saturated, flights were offered on the website but you could not actually book any. I contacted several agencies to see what they could do for me - nothing. There was no information available, I felt kind of lost while in Europe people were already in lockdown. Once I managed to get back to Dakar, the borders were closed. All international flights in and out were stopped. I was stranded in Senegal.

What did you do then?

Together with my team and Irina we contacted different services (Egencia, airlines, MFA, German institutions in Dakar and so forth). They were always present and supporting. Since I am also a Belgian citizen, I contacted the Belgian embassy. They told me straight away that they were not going to organise anything. The same with the German embassy. Only the French apparently were organising repatriation flights and obviously those flights were fully booked at the minute they were out. There I was, not knowing when I will make it out of Senegal. This whole process took an entire week with emails and phone calls.

How did you get to leave the country then?

At the last minute, on Sunday the 22nd, I received an email from the Belgian embassy stating that they were organising a flight. I had to fill in some forms to apply for a ticket. On the very same night they sent a confirmation for the next day, 8 am. When I arrived, this huge airport was empty except for us and all the Belgian diplomats wearing masks and gloves.  We did not get any information and were only asked to line up, respecting 1,5 metres of distance to one another. There were apparently a couple of people without a ticket sitting with their luggage aside, the atmosphere was tense. But eventually I made it to Brussels. I couldn’t make it to Bremen, as there were no trains or flights. Here in Brussels I have to stay in isolation for 14 days.

Now you have lots of time for your thesis but not the data that you needed to collect in Senegal, right?

It is fine because I'm in the writing process right now. I'm doing a cumulative dissertation. I already started writing one article with Klaus Schlichte and there is another one that I have presented in November. So I'm busy with those papers that I have to submit. The problem is the lockdown situation here. I am here in a different environment to work and I am not used to this. I can work but it is not as efficient. I will still do my best to write those papers and to contribute to the project.

But what about the interviews you wanted conduct in Senegal?

Since one of my articles will be about social nets during election time, these interviews were kind of an evaluation or an after election information. I had already collected data during the election period and I wanted to integrate some post-election information into the last paper I am planning to write.  Apart from the family interviews on cash transfers I was supposed to conduct a round table at the University with some social policy experts that are working on food security. I was really expecting a lot of this. I was able to gather people from the sociology department and from national and international institutions that are locally grounded. It was disappointing that I couldn't present my work to them and discuss it in order to get to know what they think about my findings. This is disappointing because having more local grounded expertise would have really helped me with my writing.

Back from research trip 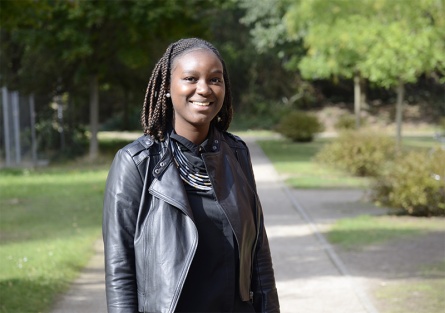 Alex Nadège Ouedraogo, doctoral researcher in project B09, spent four weeks in Senegal. In two different regions, Dakar and Casamance, she explored the topic of her thesis: social policy related to food security.

Nadège, you have recently returned from a research trip. Where have you been?

I was at Dakar and I visited Ziguinchor, a city in the south of Senegal, that has seen conflicts for several years but now everything seems to be calm.

What was the purpose of your trip?

During the first week, I took part in a summer school in Dakar that was organised by the Council for the Development of Social Science Research in Africa (CODESRIA) and the Centre for African Studies Basel (CASB). The theme was: "African Studies and Africanists: Whence the Gaze?". As my parents are from Burkina Faso, I've been interested in working with Africans scholars and in Africa. It was interesting to be surrounded by other PhD students from the African continent. I learned a lot about doing a PhD and doing research in Africa. Well, and after that I stayed another week in Dakar collecting information to locate archives and networking. Then I travelled to the South during the third week to explore and learn about the region and came back to Dakar for the final week. These last three weeks of my trip were directly related to my PhD and the research within our B09 project while the first week was more about being a researcher in an African context.

What is you research about?

In our project B09 we are working on social policy in Africa, and in my case it's about social policy related to food security. My recent trip to Senegal helped me a lot to find a more particular and original angle from which to conduct my research.

How did this happen?

I did not make any appointments for any interviews before I started my research trip. I wanted to have first impressions of what's going on at the local level. I did not want to run into the government or NGOs straight away but rather meet and talk with the local population. That is what I did.

Could you already gather information or data that you can use for your research?

Not actually data. But I now know in which direction I want to conduct my research. Speaking with many local people and sitting with them on the market helped me a lot. I also visited some households that I got introduced to. I discussed with these people what they think about social policy and what it means to them. I soon realised that most of them do not even use those terms. It doesn't make sense for them. Most of them use the term public policy. This preliminary research trip helped me to adopt a certain position and a certain vocabulary. I also realised that for the locals food security depends on access to food. Access not so much in financial terms but rather in terms of transportation and local availability. Most people told me that they would like to buy certain kind of food but cannot find it. Or that it is produced for export exclusively. It was interesting to discover that food security is closely related to transport infrastructure and spatial planning.

Which language did you speak with the local people?

I spoke French. But most people in Senegal speak Wolof which I don't speak. That made it a bit harder to make sure people understand me and vice versa. But most of the time I had someone local who helped interpreting when people did not speak much French. But I will do my best to learn basics of Wolof soon.

What are your next steps?

Now I have to write my thesis proposal. Thanks to this preliminary field trip and the readings, I had done before I should be fine. Now I have ideas of how I want to conduct my research and it's more grounded because I've been in the country.

Have you planned next trips already?

If my thesis proposal is approved, I hope I will be able to go back to Senegal for a longer period of time. Time is really a constraint. I cannot leave all my activities here in Bremen but it's really important for my ethnographic research approach to be in the country and to stay as long as possible.